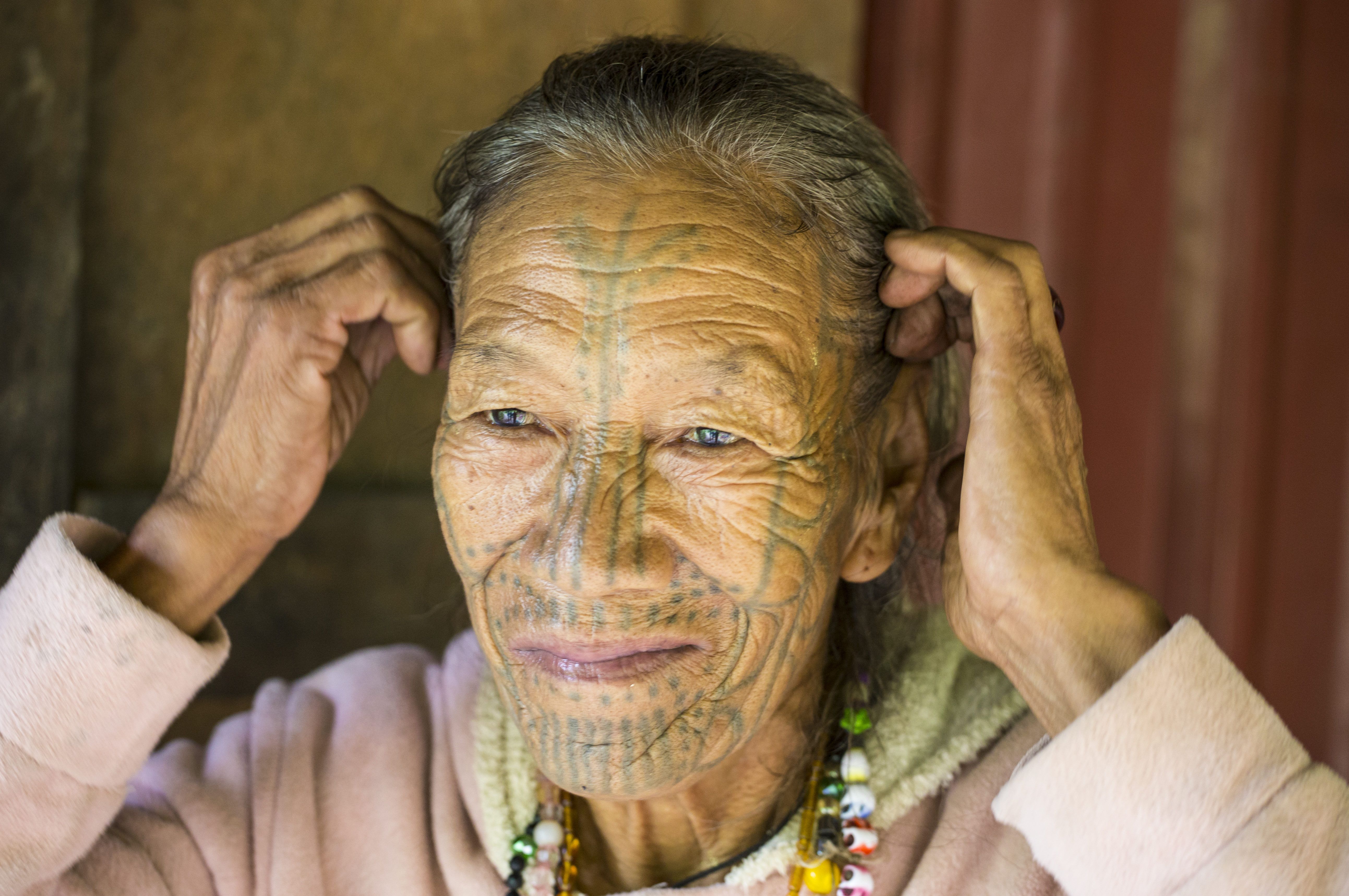 Mindat and the culture of Chin State

The visit to Mindat is one of the moments we were waiting for the most, because of which we turned our tour upside down, rented a private minibus just for us and took on an 8-hour trip from and to Pagan, bore a continuous rain that, on the mountains of Chin State, didn’t even give us ten minutes break. But here we are, lost in the end of the world in the authentic reality of people so different from us but with whom we can exchange smiles and hugs.
First stop in the area is Mindat museum, a collection of family antiques and objects that were property of the museum owner’s grandfather. This man proudly tells us of his ancestor, an important hunter of the town: the most recurring objects in the museum are, in fact, skulls of animals of all kinds, symbol of the hunter’s distinction and courage. The collection also includes clothes of Chin State shaman and women, ancient coins and banknotes out of commission, interesting musical instruments and some geological and archaeological finds of the Stone and Iron Ages, plus few ancient pipes, even “older than Bagan”, as stated by the owner. 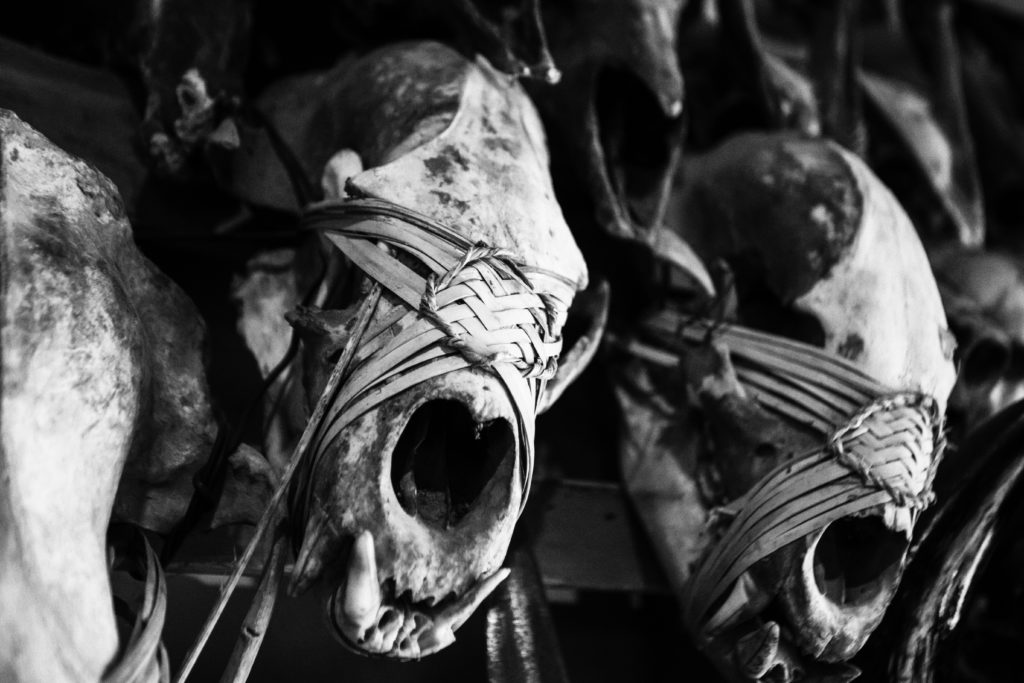 Some trophies of the hunter at Mindat Museum 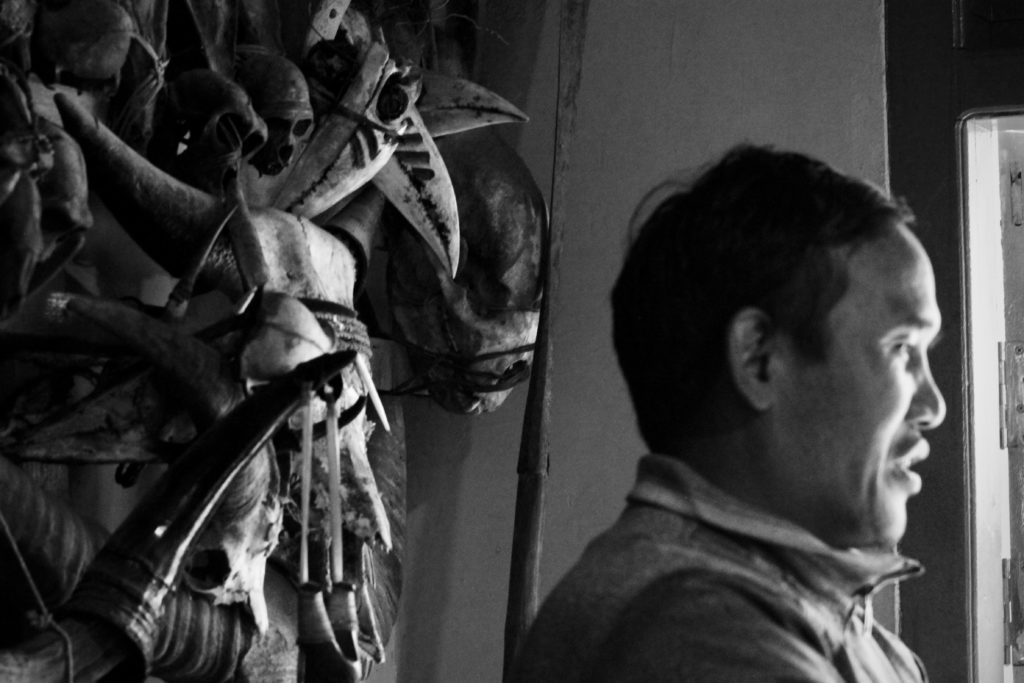 The owner of the museum explain us his collection

Our second stop is Yaw Shen’s house, also known as “Nose flute lady”. Communicating with her is not simple at all: we speak English with our guide, who tries to translate our questions in a Burmese dialect that, even if originating in the same area of the State, is different from the one spoken by the musician. This 93 years old lady, so delicate and fragile in her appearance and so kind, is a real celebrity in the area, since she is the last Mindat’s nose flute player. There are other players living in more inland and remote villages, who gather in Mindat every year on February 20th, when they celebrate the General Assembly of Chin State of 1948.

The melody she plays for us, after accurately preparing and wearing traditional earrings, necklaces and clothes, was composed by herself when she was young and nostalgically reminds her, as she says, her home village. Nowadays, this is the only tune she plays for us and the other visitors: in her youth, she knew and created many other melodies that she used to play with other members of her village during collective rituals of her tribe.
Nose flute practice was prohibited by the regime in the Sixties, as many local traditions in this area, as women’s face tattoos. These ones were different from village to village and were performed as rite de passage on young women, as a symbol of belonging to one of the hundreds tribes that are present just in Chin State. Nowadays, this practice has totally fallen into use and signs of it can almost exclusively be seen in very old women, if at all in middle-aged ones

We move by scooter on the arduous, bogged and sheer mountain road connecting the small villages near Mindat and our guide shows as a typical cemetery: the body of the member of the clan is put in a vase, covered with their own clothes and put under a stone, as big as the ability of the ability of the dead person of make friends and having attracted benevolence while living. The reason? The stone will be as big and heavy depending on how many people accept to transport it!

Our last experience in the villages of Chin State is the astrological ritual performed by a local shaman, the only one that can tell the future, about love and work, with the help of an egg. Burmese buddhism is strongly syncretic, it contains several elements coming from different cult, especially the nat worship: they’re spirits of the nature that inhabit mountains, temples, rivers and trees and that popular superstition believes they are ancestors or individuals that had a violent death. According to such beliefs, people that are in contact with these spirits, like shamans and healers (increasingly rare, but still individuals with high social importance), can cure diseases and tell the future, as in our case, through long, highly codified rituals.

Our arrival produced a bit of buzz, since it’s essential to have one egg for each person you tell the future to and at that moment he had none, so we had to disturb some chicken of the village in order to get them.
The egg must be pierced at the top and at the bottom with a knife, in order to blow out the contents and has to be carved with come lines. Meanwhile, the shaman drinks or spits some rhum or wine on the egg or on the floor.
Then you have to sharpen a wooden stick with the knife and keep the scrap for a successive passage, while the stick edge has to be carbonized with a candle and laid in correspondence with the lines on the eggshell, every time the egg is interrogated. 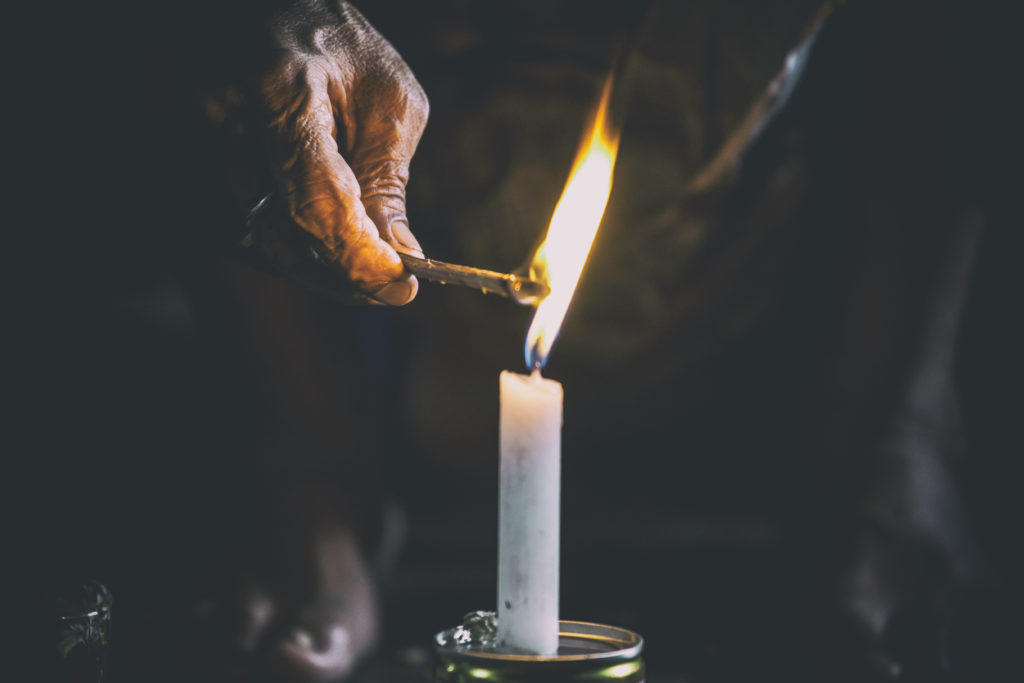 A shaman carbonizes the stick edge 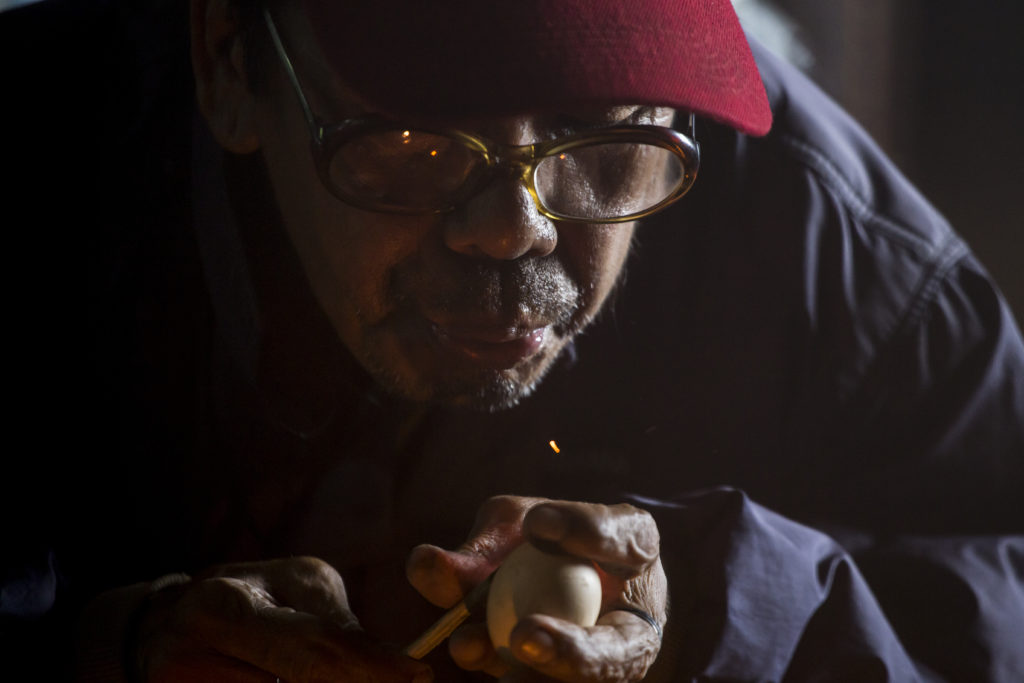 The shaman lays the carbonized stick on the eggshell

It is vital to immediately understand whether the egg is lying or not. For this reason, before asking it about the future, some general questions have to be asked (such as, in our case, “is it raining?”), in order to understand the good will of the egg to answer with honesty. It seems that in our case the egg was inclined to tell the truth about love and work. Each time you ask a question to the egg, the edge of the burnt stick needs to be used for scraping the burnt part of the shell and the result has to be read by the shaman (listen

here).
At the end of the prediction, one question and one answer at a time, the wooden scrap has to be chewed a bit by the shaman, taken by the one that receives the prediction and used to do a certain action (for example, putting it under the pillow for one night and throwing it in a field the next morning, or throwing it in direction of a precise cardinal point in the workplace).

Another aspect that we could closely observe, or better taste, is the typical cuisine of Chin State: beside being particularly cheap (with a bit more than 1 euro each, the meal is really abundant), it’s really tasty. The food is served in tens of small bowls with meat (which is often so fat that it melts in the mouth), super hot sauces, sometimes unknown vegetables, hot broths as a side dish of an enormous plate of white rice.