Travelling at the speed of sound

In most cases, back from a trip, we take home a handful of images and many memories, especially visual ones.

In 2018, during a trip in the Kathmandu valley in Nepal, we felt the need to record and map also sound events for better describing and remembering places, landscapes, people, life in a country we were visiting.

Recording Atlas project wants to provide the user with a wider range of stirrings in describing and telling about a place. As the name itself clarifies, the aim is to create a visual atlas of sound recordings, an interactive map in which visual and acoustic stimuli are matched.

Visual documents are photographs: they allow the user to concentrate better on the acoustic aspect compared, for example, to a video, which on the contrary conveys the attention on the sensory aspect that mostly attracts our brain, namely the image. Each recording and the related shot will be accompanied by an explanatory caption of the situation, the location and the condition in which the recording has been made: often in our trips very contradictory situations between image and sound happened. In many cases this very contradiction, that for such reason needs to he explained in a second phase, led us to document with our audiovisive materials. The aim of our project is to tell with sounds about a landscape, a city, stories of people from all the world with their words or their music, but also to put the attention on the world that changes every day: what we do, in fact, is to narrate a specific place in a specific historical period through sounds and to underline, with even more strength than an image alone, the unicity of the experience and the lived moment.

Part of the recordings available so far have been made in high quality (48.000 Hz/24 bit in .wav lossless format) with portable recorders and binaural microphones, that is two small omnidirectional microphones placed in the technician’s ears: once played with normal or in-ear headphones, these recordings give a totally immersive response to the listener, since sounds, noises, effects have been captured from a pair of ears and played directly in another pair of ears. They will be then perceived in space exactly as they have been captured: even the technology used states makes it clear and explicit what's the role of the narrator, the subjectivity that characterizes field recording.

Furthermore, the map/site will be enriched by anthropological texts, which have the purpose to investigate the analysed reality and dig deeper in it. 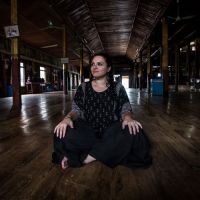 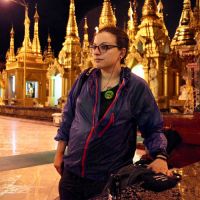 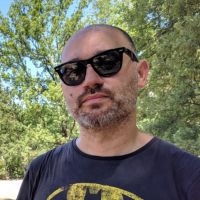